Thank you so much for sharing my latest release, Guarding His Anchor, with your readers! Frank and Charlie haven’t had an easy road, but their journey is romantic and adventurous.
Happy Reading.
Kacey

Guarding His Anchor Blurb:
Charlotte Weber is no stranger to heartbreak. FBI agent Frank Shaw has swept in and out of her life as though she’s a revolving door, stomping on her heart in the process. Now that she’s finally had enough, he’s back again and seems determined to spin her life out of control.
Frank knows Charlie is the anchor for his lost soul, even though he can’t risk settling down. The demons of his past are too great, and he won’t run the risk of hurting her. This time, his only objective should be locating Charlie’s brother, Sean. But Charlie’s a complication, and not just because she refuses to believe Sean is guilty.
As Frank and Charlie fight for what they believe in, they also try to resist their powerful connection. The future is unclear, but when danger surrounds them, they are each other’s only anchor. 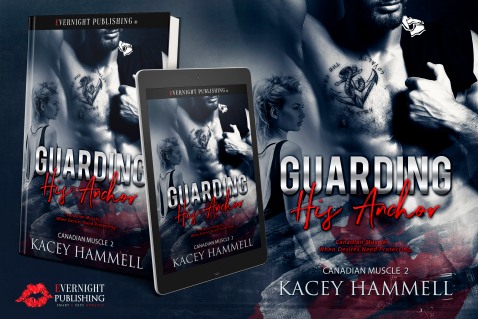